Become What You Believe 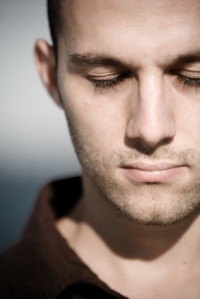 My devotional this morning took me to Job 3:25

“What I feared has come upon me. What I dreaded has happened to me.”

This verse comes in the context of Job cursing the day of his birth.  His misery is so great that he is regretting even being born.  I can gratefully say I have never been there but I think Job relates something that all of us have felt or experienced to a degree.  Fear feeds on itself.  It is so easy to let our fears and worries get the best of us.  It really has a way of validating itself.

If fear were a person in your life, it would often make comments like, “See, I told you you would never be able to do that.” “Didn’t I tell you that you shouldn’t have tried that.”  Fear’s number one attack is “I told you so.”  I think the best response in situations like these is to just have a conversation with it. Fear would love nothing more than for you to let it have the last word. Instead of simply saying, “Yeah, Fear, you are probably right,” respond with, “I see things differently because ________.” It is easy to talk yourself into a better reality when you consider the alternatives.  Often the better reality after a conversation with fear turns out to have more potential than if fear hadn’t reared its ugly head.  Such was the case with Job.  Job 42:12 says that God blessed the latter part of his life more than the former part.

How do we stifle God’s desire to bless things even more because of our fears?  We hold back on pursuing God sized visions because we fear we cannot accomplish it on our own.  Isn’t this the whole idea behind a God-sized vision – that we CANT accomplish it on our own?  Why would we even want that?  If we were to decide that we were not going to attempt anything unless we knew it could NOT be accomplished without God’s divine intervention, what would change about our ministries?  When we limit ourselves to doing only what we can accomplish, and we fail, we will find ourselves saying, “See. I knew this would happen. What I feared has come upon me. What I dreaded has happened to me.” But when we attempt to join God in a journey where only he can provide success, failure becomes a better teacher. It strengthens our trust rather than crippling our self-confidence. This seems to be a much better alternative than allowing fear to feed on itself.

Jesus said in Matthew 9:29, “Become what you believe” (The Message).  Allow what God can do through you to dictate what is possible. His power is greater than all your fears.
~JK

I'm married to an incredible woman of God and have two daughters that love to laugh and delight in the Lord. My goal in life is to bring others into closer relationship with God by engaging them in His story as we journey together in a faith-filled community. The basis for every decision I make in life comes back to my calling to share the love of God with those around me. My hope is that at every opportunity I will encourage others into a greater lifelong journey of discipleship.
View all posts by joshkellar »