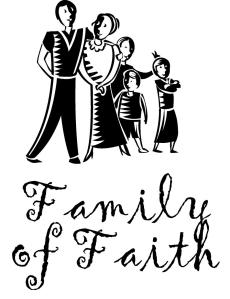 “Death has been swallowed up in victory!
Where, O death, is your victory?
Where, O death is your sting?
The sting of death is sin
and the power of sin is the law.
But thanks be to God!
He gives us victory
through our Lord Jesus Christ!”
1 Corinthians 15:54b-57

Today we celebrate! We celebrate because we can give thanks to God that Jesus holds the victory over death and the victory over sin. I love this passage because of the imagery. I think about a worker bee who is trying so hard to create something that at times seems so sweet. The honey that sin offers can be enticing at times. But going after the honeycomb means that you are likely going to get stung. For some, being stung by an actual bee can mean death. For all being stung by sin meant certain death. Until….
Until DEATH WAS SWALLOWED UP IN VICTORY. Jesus drank the honey—he swallowed it up so its deadly work has NO POWER in our lives. Today as we celebrate His resurrection, we should remember that he took our sin and nailed it to the cross with his own body. The death he died for us carries the power to free us from the sting we were destined to feel.
Paul continues on in verse 58 to encourage Christians to “Stand firm, letting nothing move you. Always give yourselves fully to the work of the Lord.” His death frees us from sin. His resurrection gives us hope. Stand firm. He will return for you!

I'm married to an incredible woman of God and have two daughters that love to laugh and delight in the Lord. My goal in life is to bring others into closer relationship with God by engaging them in His story as we journey together in a faith-filled community. The basis for every decision I make in life comes back to my calling to share the love of God with those around me. My hope is that at every opportunity I will encourage others into a greater lifelong journey of discipleship.
View all posts by joshkellar »